You are at:Home»Mindful Living»At Home Rituals»Invaluable Inversions: Why Being Upside Down Is Essential For Your Health 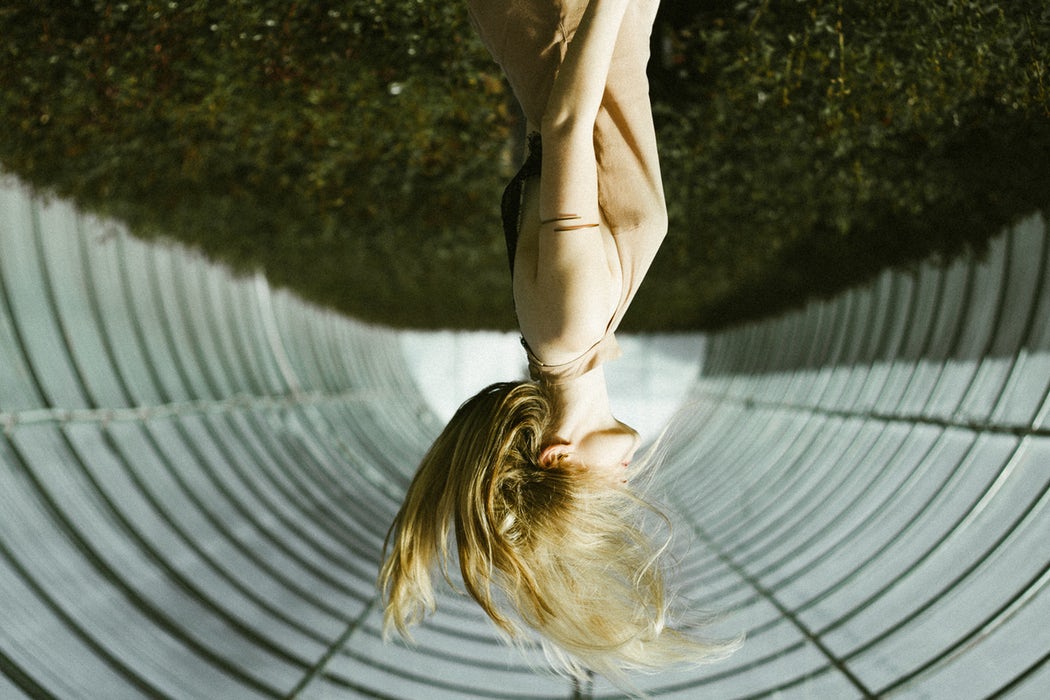 There is a theory in yoga that organs become displaced over time due to gravity. Inversions help return organs to their original places where they function most effectively.

When was the last time you went upside down? Unless you are a gymnast, yogi, or grade school kid, it has probably been months—if not years—since you’ve seen the world from this perspective. Yet therapists and fitness experts from ancient yoga masters to modern day physiologists laud the benefits of practicing daily inversions. Here’s just a few reasons why: inverting, that is, raising part or all of the body upside down, strengthens and stimulates the circulatory system, boosts the immune system, nourishes the organs and glands above the heart and generally gives your vital organs a break by reversing the effects of gravity.

Certified yoga and fitness instructor, Paul Smith of Lake Austin Spa Resort says, “There is a theory in yoga that organs become displaced over time due to gravity. Inversions help return organs to their original places where they function most effectively.” Think about it—most of us spend at least 75% of our day sitting or standing, the other 25% (if we’re lucky) is spent sleeping. Therefore our blood, lymph, organs and other tissues are almost constantly being tugged toward our feet. This impacts their efficacy and efficiency in performing very important physiological tasks, and affects our overall structure, most notably our spines.

And, adds Sarah Kellett, founder of OmGym, a suspension-based movement and exercise apparatus used for inversion therapy, strength training and suspension yoga, “[Practicing] inversions is an affordable anti-aging regimen.” Kellett notes that reversing the pull of gravity on the body helps remove stagnation from the feet and legs, and simultaneously bathes the brain in richly oxygenated blood. “The circulation boost,” she says, “has a huge effect on all the systems of the body. The endocrine and exocrine systems become regulated. Toxins are brought out of the system. You feel a sense of euphoria.” Indeed, inversion therapy has also been credited with alleviating depression, PMS and Seasonal Affective Disorder. Kellett, whose background includes personal training, yoga, massage, and exercise science argues, “We’re designed to go upside down. We are depriving ourselves on a daily basis of this. Inversion is mandatory for maintaining optimal balance in our lives.”

But before you go swinging upside-down from the monkey bars or attempting a headstand on your own, there are a few things you should know about practicing inversions safely. First, not all inversions are created equally. Yoga inversions, including legs-up-the-wall pose, headstand, shoulder stand, standing forward fold, and even downward dog are different than inverting on a table or with a system like OmGym, because you are doing the work. Your body is in contact with the floor, your muscles are engaged and there is strengthening happening. You cannot and should not completely relax in these poses. 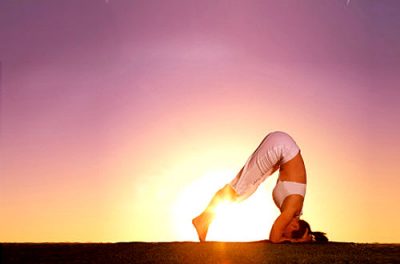 With an inversion table or OmGym, on the other hand, you are suspended. Once you are in the inversion, you can relax, because the equipment is supporting you. This allows for greater traction of the spinal column, relieving compression, and promoting better posture, deeper breathing and better overall health. And as any chiropractor will tell you, good health begins with a supple spine.

Yogic inversions’ blessing is also their curse. They promote core strengthening, which is an asset, but do not allow for full traction and release of the spine because of the muscle engagement required to perform them safely and correctly. Non-weight bearing inversions, via inversion tables, etc., do allow for this traction, but don’t promote strength-building in the same way that yoga postures do.

Next, you have full inversions and partial inversions. Full inversions are just what they sound like, feet above hips above heart above head. Partial inversions involve only half of the body inverted. Legs-up-the-wall pose is a great example. For beginners, this is a good place to start. Smith recommends that beginners do a combination of legs-up-the-wall pose and standing forward fold to get the effects of a full inversion by combining two partial inversions. Full yoga inversions, he notes, “Should be taught by a qualified instructor in a class. Headstand and shoulder stand need to be worked up to. They are called the king and queen of poses, traditionally, because they are considered to be the most important poses for the body.” 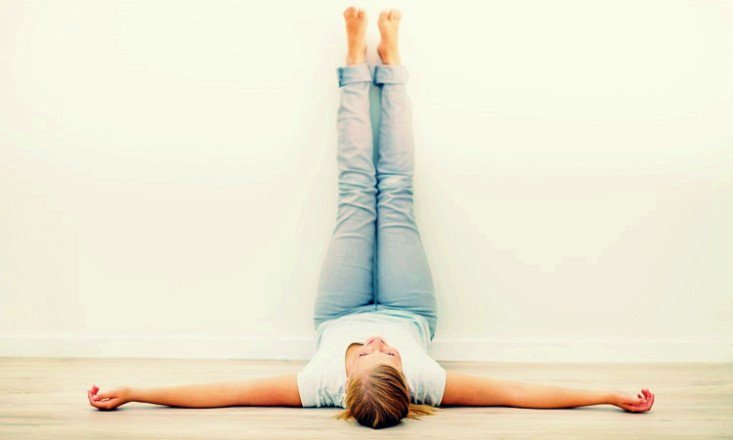 Finally, there are some folks who shouldn’t practice full inversions, and should use caution with partial inversions. High blood pressure, glaucoma, heavy menstruation, hernias, or any type of recent surgery or fracture contraindicate practicing inversions. For the most part, however, inversions are beneficial for all ages and stages of life. Children seem to know this instinctively, but we grown-ups—who deal with more stress, have more need for detoxification and who may already be feeling the effects of gravity on the body, should take heed.

Both Kellett and Smith advocate practicing inversions daily. Kellett says, “Four to five minutes, three times a day is ideal…. It’s better than coffee in the morning.” She suggests practicing upon waking, during the “afternoon slump,” and right before bed. Smith notes, “It was important, traditionally, to hold these poses for a long time.” Staying in the pose allows it to do its work. Obviously, with full inversions, this is something to build up to.

According to these experts, five to fifteen minutes each day is all it takes to help mitigate the damage our upright lives have wrought upon us. And, considering the other more subtle benefits of inversion lifting mood, building confidence, boosting immunity and rejuvenating energy five to fifteen minutes seems like a worthy investment indeed.

Ready to get started. Check out these step-by-step instructions for a variety of inversions.

Tanya Triber is a freelance writer, yoga addict and licensed massage therapist. She discovered the joy of being upside down as a young gymnast and has practiced yoga inversions regularly in adulthood, even while pregnant. The OmGym is at the top of her holiday wishlist.

Latest posts by Healing Lifestyles & Spas Team (see all)
Previous Article3 Companies That are Dazzling The Spa World: iSpa 2017
Next Article ABCs and The Rest of the Alphabet on Sun-Safe Skin Care.