In the world of sports beverages especially for muscle recovery and refueling athletes are increasingly turning to chocolate milk.

You don’t have to be an athlete to think like one. And one of the things athletes think about is how to fuel and refuel the body around exercise (read more about Exercise Nutrition). This often summons up mental images of fancy bars and neon-colored sports drinks. But you might be surprised to learn that one of the most effective refueling beverages, a secret weapon of sorts, is also a delicious, familiar and convenient favorite for many: chocolate milk.

Millions of dollars are spent in formulating, developing, manufacturing, testing and marketing sports beverages for hydrating, fueling, and refueling competitive and recreational athletes. Sports nutrition is big business today and there’s no surprise. Professional athletes are highly paid, highly esteemed celebrities these days and at their best, are stunning models of what the human body can achieve.

While there is a definite place for innovation and formulation when it comes to optimally feeding and fueling an athlete, interestingly enough Mother Nature continues to speak up and show us that nature provides equal and often superior options to what man can make himself.

There is in recent years a resurgence of interest in finding naturally effective, cost-effective real foods and beverages to help fuel the athlete. This is great news. While there is a definite place and need for some ‘special’ high-tech foods and beverages for competitive athletes who spend hours and hours training and competing, when there’s opportunity to be replenished and refueled with real foods, they take it.

And with good reason, as is in fact the case with milk. Over the past decade, there has been a growing body of research looking at milk’s unique nutritional package and chocolate milk in particular for refueling as a recovery beverage after exercise for the both endurance and strength athletes.

A growing body of research is weighing in on the side of chocolate milk as an effective post-exercise refueling beverage. Why? Well, researchers have for several decades discovered that the body needs extra carbohydrates plus protein in a ratio of about 4:1 to help fuel recovery after serious exercise by rebuilding muscle and providing key nutrients. As a result several commercial sports beverages are formulated to provide just that ratio mostly through a combination of glucose, a protein source, water and some electrolytes. But interestingly, low fat chocolate milk provides the same ratio, along with additional nutrients important to overall nutrition and activity, leading several scientists in recent years to affectionately dub chocolate milk a “sports beverage” itself.

Milk, particularly low-fat and chocolate low fat milk, has shown in several studies to be effective during recovery from both resistance (weight/muscle building) as well as endurance sports like running and cycling. Due to its nutrient profile, research suggests milk may help reduce exercise-induced muscle damage as well as help increase the growth of muscle proteins after exercise. Studies have associated chocolate milk in assisting athletes with exercise capacity and endurance, muscle recovery and also rehydration. These are three areas of critical importance when it comes to being healthy, active and, in the case of athletes, also competitive.

In one study published in the International Journal of Sports Nutrition and Exercise, researchers from Indiana University compared three drinks: chocolate milk, a commercial sports recovery beverage and a regular commercial fluid sports drink. Cyclists were asked to complete two rides separated by a 2-hour break at which time they consumed one of the beverages before the second cycling ride to exhaustion. And they did this routine on three different occasions each time with one of the three beverages. The chocolate milk showed to be as good or better as either of the commercial drinks for performance time, heart rates, perceived exertion (how hard the cyclists felt they were working) and lactate levels (the build-up of blood acids that build up during prolonged or exhaustive exercise). And a few studies have shown that athletes are able to exercise longer as much as a 50% in a 2009 study with trained cyclists from the U.K. when drinking chocolate milk after exercise and before a cycling test to exhaustion versus commercial carbohydrate replacement drinks or a rehydration drink.

Milk also been demonstrated to be a superior rehydration beverage equal or better than water or commercial sports drinks due to its naturally occurring nutrients, ones that are used or decrease during exercise, like carbohydrates, calcium and electrolytes including potassium and magnesium. A 2007 study in the British Journal of Nutrition showed that milk was an effective rehydration beverage after exercise replenishing fluid losses immediately after exercise and also in keeping the athletes in better hydration for a longer period of time than a sports drink or water. With 90% water content, it should be no surprise that milk hydrates, but rehydration after exercise is actually a bigger picture in that we need to not only replace water, but also restore blood sugar levels and replenish those electrolytes lost in sweat, too.

When it comes to fueling and refueling athletes, the bottom line is reaching that finish line in good standing and increasingly athletes are looking to nutrition options that are familiar, affordable and natural. A childhood favorite for many of us and safe, unless of course you have lactose-intolerance or a milk allergy, chocolate milk is making a new place in the sports nutrition arena as a ‘sports drink plus+’ since it offers more nutrition for the calories than most other beverages including many of the traditional sports drinks on the market.

Some Articles Related To Sports Drink : 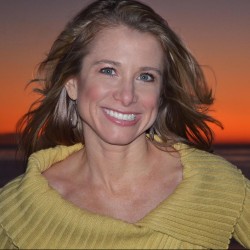