Your body is changing – yes. You’re pregnant! But it’s more than that. Your priorities are changing. Your future is changing. You will have fears, many firsts, and receive lots of unrequested pregnancy tips. Even your day to day is changing. And while it’s amazing and exciting and thrilling…. it’s, honestly, kind of scary.

You are no longer just responsible for yourself, that’s often the #1 on pregnancy fears lists. You are 100% responsible for another life aside from your own, one of the primary pregnancy firsts. My “baby daddy”- a term that used to turn me off but now I realize is quite accurate, told me that he didn’t understand why I was “overreacting” and that the only changes I was experiencing were “going to a few doctor appointments- not a big deal.” In fact, he believed that since I was only nauseous 24/7 but not actually throwing up, plus I had a job that allowed me to work from home (not including the regular TV appearances where I had to be “on” and look put together), I had it easy compared to most moms-to-be.

Was he right? Was I overreacting? Was I being one of those crazy first time moms who was hyper-careful and obsessed with every aspect of pregnancy? Were my pregnancy fears justified? Or was I just trying to adjust my life, my dreams, my future, my career, my energy levels, my fears and my pains to my reality?

If you read my last NOT YOUR MAMA’S PREGNANCY column called “Pregnant and Alone,” you know that I am 37, single, and pregnant. This column is about pregnancy firsts and fears.

I honestly had looked forward to cravings. As a foodie with a vast palette of flavor favorites, I was interested to see what I would “need to eat right now!” The first time I was hit with a craving was dinner one night after a full day of 5 back-to-back clients. I was physically and emotionally exhausted, eager to put on my pajamas, and ready to watch a few of my favorite TV shows to diffuse the stress of the day. I had some “house-made” carrot ginger soup in the refrigerator that I had gotten at the Brentwood Farmer’s Market, which I had planned to pair with a rotisserie chicken quesadilla, when suddenly I was hit with a hankering for a hamburger like I had never experienced before- no thanks to the Carl’s Jr commercial (which definitely found was a cravings trigger. Just hearing Ryan Seacrest on KIIS FM talking about the Subway meatball sub instigated another several month “need”). And the internal debate ensued… I NEEDed a burger. But I also needed to rest. The next day would be another early start and a full client schedule. Should I order for delivery and wait 60 minutes for the burger’s arrival? Drive somewhere nearby and take a burger to go? Or override my need and eat my planned soup and quesadilla instead? The pregnancy articles all said how amazing it would be when you have these crazy cravings and your partner, like the knight in shining armor that he is always penned to be, dashes out to fulfill your request! But I didn’t have a knight. So instead, I sucked it up and sipped my soup- sad, frustrated, and even a little teary eyed and feeling sorry for myself. During my next shopping trip, I picked up ground bison, turkey, and beef, plus the cheesy, drippy fixings- all at the ready for my next burger craving! It’s not just sustenance anymore, It has to be the exact right thing as food and pregnancy are a whole different equation.

DREAMS and SEX
Crazy baby dreams are normal. My first was that I had had my baby 1 week before, and I took him to a single parents meet-up. I was talking to a rather attractive single dad of two infants when I realized that I hadn’t remembered to breastfeed all week and I had no idea how to do it! I felt like the worst mom on the planet.

And then there are the sex dreams. For a while, I was having sex in my dreams every night! These raging hormones definitely did a doozy on me. The problem was that I would wake up needing sex almost as badly as I needed a hamburger during those hunger cravings, but there was no one to satisfy the need. So… as I had become accustomed to, I fulfilled my own needs. But something different happened at week 15. The moment after I climaxed I felt this gripping sensation in my abdomen and my uterus seemed to press up under the skin in a contracted bundle, almost like the shape of a big potato, but oddly it seemed to surface just to the right of the middle of my stomach. I freaked out for a minute, thinking I had harmed the baby. But my doctor assured me that I was fine and that the uterus also might have a similar response to ab exercises, but it was nothing to worry about. I took a photo of my stomach from the side to document the occasion since it was the first time that I could really see the baby bump beneath my skin.

I always thought I would be that girl who used pregnancy as her pass to eat whatever I wanted! After a lifelong of eating healthy, I was ready to go all out. Plus, I had heard that when you’re pregnant you can eat whatever you want. Not so. But, thanks to 24/7 nausea, my appetite, and therefore my weight gain at first was slow. Too slow, according to my doctor. I had continued to keep up my daily hikes and came to learn that extreme nausea was actually a sign that I was extremely hungry, which was a bit counterproductive. But once I started to eat, the nausea instantly went away! And then at week 17, it was as if my body was trying to make up for lost time. Within one week I gained 5 pounds. Much more than the ½ to 1 pound per week expectation. Thinking that, “If I keep this up, I am going to be enormous!” My pregnancy fears were in over-drive as I called my doctor’s office to ask if what I was experiencing was normal. The nurse asked if I had “popped” yet. Actually, I had, another pregnancy first in the books. Just a few days ago my stomach suddenly appeared to be harboring a melon beneath its skin, and each day since it had gained in girth. “Well then yes!” she cheerfully replied. “It’s completely normal to gain 5-10 pounds during the weeks after you pop. You may also be carrying a little extra water weight right about now, as this is when edema often takes effect.” That pregnancy tip helped me to feel a little bit better, thanks to being told I was “normal,” but I still felt fat. I know… I’m pregnant! Not fat. But it’s hard to look in the mirror and your swelling stomach, thighs, butt, and arms, and stare at a face that has regained it’s little girl roundness, and feel beautiful. It’s hard not to have someone there saying “you are so sexy,” someone touching your overly sensitive skin, someone to make you feel like a beautiful woman. Yes, I am a pregnant woman. But I am also a woman. And as the weight continued to pile on, I felt more like a vessel than a woman.

LITTLE HINT OF A KICK
I almost mistook it as gas, but at 18 weeks, I started to feel little kicks, so delicate that they felt more like bubbles gently pressing into the lining of my uterus. And suddenly I knew everything was going to be ok. I could feel him there, healthy and growing inside me. They weren’t yet strong enough to feel from the outside of my stomach, so even if I had a partner here to place his hand on my belly, he wouldn’t get to share in the simultaneously thrilling and calming experience, but it would have been nice anyway. I did text my ex. But he didn’t respond. The next several nights, and ongoing since then, at around 9 pm my little man starts to get active. Sometimes so much so that it feels as though he is doing a gymnastics performance- which is just fine with me. His movements, which become more forceful each week, reinforce that this is real and that the weight gain, life changes, and even the rollercoaster emotions are beautiful.

MILK!
I was 22 weeks. After getting out of the shower, my breasts felt particularly engorged. I looked down and there was a drop of brownish yellow liquid coming from my nipple! I gasped. My dog, who is increasingly protective of me, ran to my side. In disbelief, I squeezed my breast, and sure enough several more droplets of milky substance was excreted. I called my mom, because I had to call someone! Then I scoured the internet for information on the first signs of milk production. Seemed mine was a few weeks early, but according to the articles it tasted sweet in flavor and some men actually enjoy sucking their pregnant partner’s breasts so that they could sneak a taste. I didn’t try mine. The good news about being single? Stimulating and sucking the nipples can bring on early labor. No problems here! 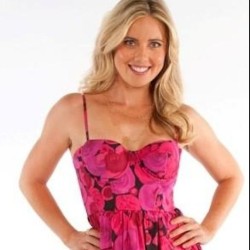 laurelhouse
Laurel House is an international celebrity Dating and Relationship Coach known for her tough love and no-games coaching style. She is a dating coach on E!’s “Famously Single,” co-host of “The Great Love Debate” podcast on PodcastOne, a Dating Coach for Three Day Rule Matchmaking and CupidsPulse, and she has been a featured expert on KTLA Morning News, E! News, Good Morning America, Nightline, Glamour, AskMen, Brides.com, Thrillist.com, and dozens of other print, online, and television outlets. Her 5th book "Screwing The Rules: The No-Games Guide to Love” was published with Running Press.